Therefore, go and make disciples of all the nations...Matthew 28:19

As a generous church, CCC serves our neighbors best by bringing them the gospel message of the saving grace available to them through faith in Jesus Christ. CCC has neighbors next door, down the road, across town, out east, down south, out west and around the world.

"And you will be my witnesses, telling people about me everywhere." Acts 1:8 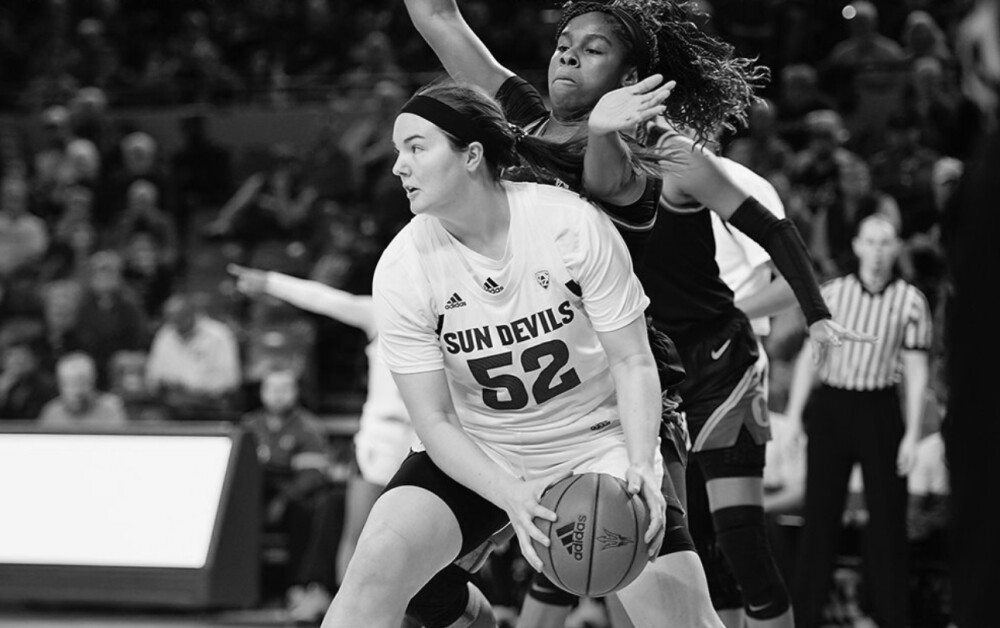 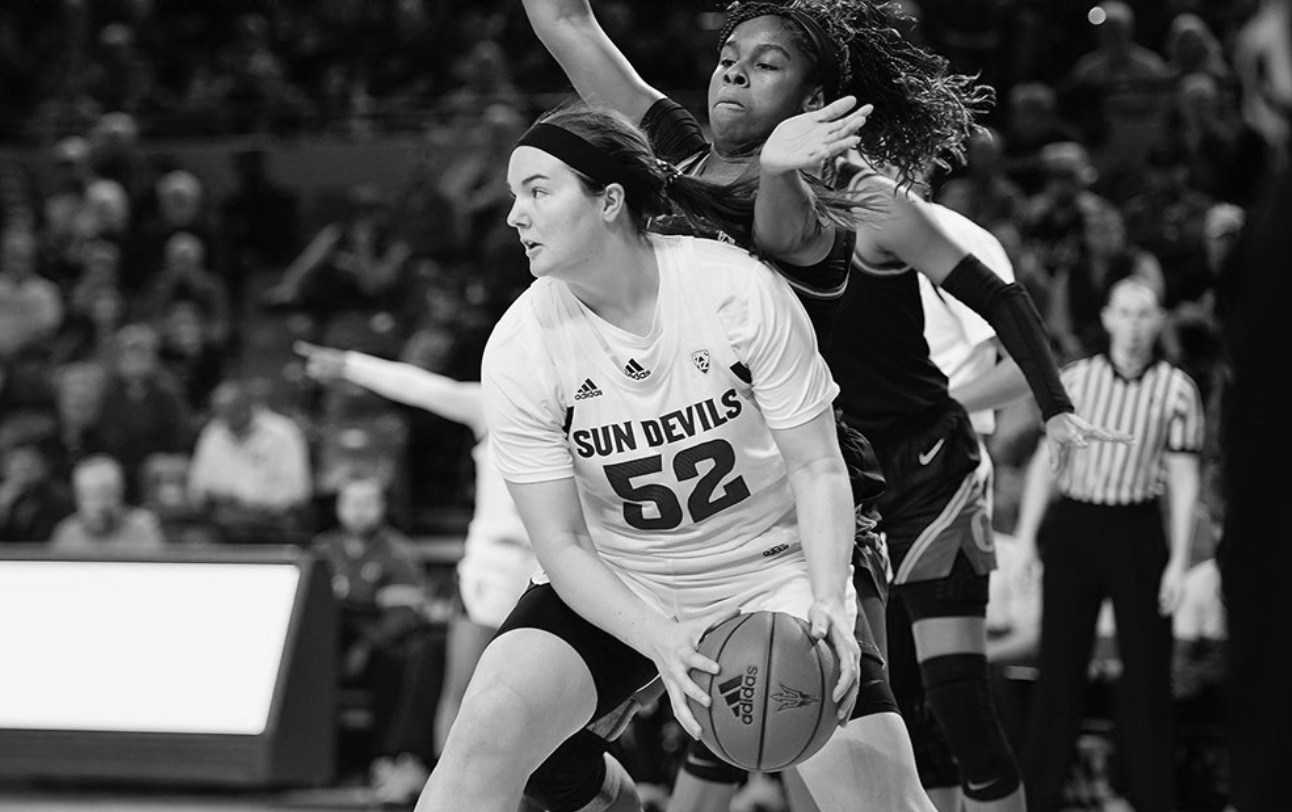 It’s 2018, and ASU Women’s basketball forward, Jamie Ruden, sits on a 2 and a half hour flight home to Tempe, AZ. Jamie and her team faced the Texas Longhorns in the NCAA Tournament in Austin, TX, but fell short 85-65. It wasn’t the game she had just lost that gripped her mind on the flight home, though. It was the reality of her sin.

Ruden and her family started coming to Christ Community Church when she was in 1st grade. She dedicated her life to Christ shortly after being at CCC for a little while, and started playing basketball in elementary school (being a naturally taller kid had its perks). Her basketball career started taking off as she went into high school at John Marshall. From there, she quickly began getting recruited where she ultimately chose to go to ASU.

“With all the attention I was getting from recruiting and that taste of success constantly, I really made success and basketball an idol in my life,” Ruden said.

Ruden broke her foot her Freshman year of college, and had a severe disc herniation injury from doing a lift with improper technique her Sophomore year. With both of these injuries taking Ruden out of the game, she wrestled with the question of, “If I can’t play basketball, then who am I?”

On her flight back from the NCAA tournament her Sophomore year, she was gripped with the reality of her sin in a single moment.

“I knew that if I continued in this direction apart from Christ, I would just destroy myself,” Ruden said.

She chatted with her mentor on the plane, Connie Deal with Athletes in Action, who pointed her to Romans 5:8 which says, “But God demonstrates his own love for us in this: While we were still sinners, Christ died for us.” This led to Jamie praying a prayer to re-dedicate her life to Jesus.

Immediately the lights turned on and her shame and darkness were no more. Just 2 days later, a teammate of hers invited her to a team huddle with Athletes in Action - going from complete isolation to being surrounded by a community of believers.

Deal said in a podcast interview earlier 2020, “She’s now leading a Bible study with girls on the team that I don’t meet with. She’s sharing the gospel with girls. She’s seen a couple girls come to Christ. She’s discipling them - that’s what it’s about.”

Ruden now works through Athletes in Action sports ministry and does campus ministry at ASU.

“I know God is going to continue to do good things,” Ruden said, “I’m just excited to be a small part in that.”

We've launched an opportunity for you to help a family or individual in need through what we call our ‘507’ Neighbor Grant Project. Maybe a section of your neighbor’s fence fell down in a storm but they didn’t have the means to fix it - or maybe your family wanted to put baskets together with treats and games for a couple of neighbors who are quarantined. The 507 Neighbor Grant Project would be a GREAT option for you to lend a hand in these situations! The purpose of this is to live out our vision to be a church of generous people who honor Jesus by loving each other and serving our neighbors. Fill out the form below with your grant request! If you have questions, please contact Kristen at
Form 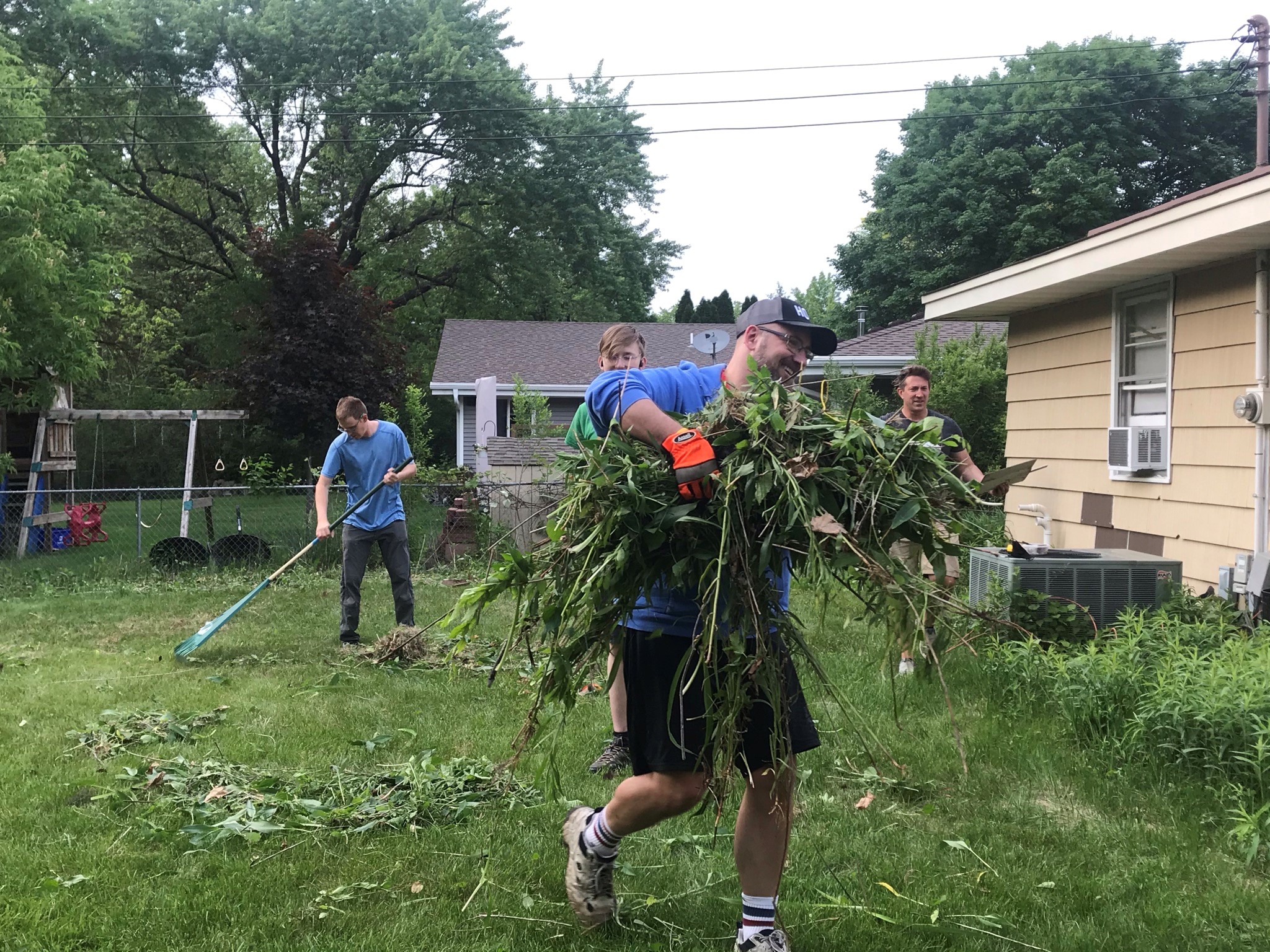 Next Chapter Ministries :: Next Chapter’s mission is to build lasting relationships with people who have been impacted by crime, restoring them to God, family, and community with the Gospel of God. CCC will provide donations and help with indoor and outdoor maintenance projects.

New Life Family Services :: At New Life Family Services, we believe each person should have the ability to receive physical, emotional, and spiritual support as they face pregnancy-related situations and circumstances. We walk beside each client offering them love and support to make informed and educated decisions in their time of need by providing free pregnancy and STD testing, ultrasounds, parenting education, adoption services, and post abortion healing.

Young Life, Rochester MN :: Young Life's mission is to introduce adolescents to Jesus Christ and helping them grow in their faith.​ Young Life doesn't start with a program. It starts with adults who are concerned enough about kids to go to them, on their turf and in their culture, building bridges of authentic friendship. These relationships don't happen overnight — they take time, patience, trust and consistency.

MN Adult and Teen Challenge :: The mission of Minnesota Adult & Teen Challenge is to assist teens and adults in gaining freedom from chemical addictions and other life controlling problems by addressing their physical, emotional and spiritual needs. They offer both a long-term, faith-based recovery program and short-term licensed treatment program, allowing them to effectively serve individuals with a broad spectrum of addiction issues; from those seeking treatment for the first time, to those who have been struggling with addiction for many years.

Together for Good :: Together for Good offers tangible opportunities to do good as they come alongside vulnerable children and isolated parents. Their volunteers offer practical help by hosting children during times of parental crisis and surround families with ongoing relational support through their network of care.

Arrive Ministries :: Arrive Ministries is a Christian non-profit organization dedicated to the cause of the refugee and immigrant. They empower local churches to welcome and serve displaced refugees who resettle in Minnesota. Arrive Ministries is comprised of refugees, staff, members of faith communities, and volunteers who are learning to see Jesus reflected in the faces of one another.

Service Opportunity Tool :: The Service Opportunity Tool is an online database of local outreach and other service opportunities both within our community and within our church. As needs come in, we will be updating the web page so that you can be in-the-know of what our congregation is needing as well as our community. If you have any questions or want a need listed, email David Allen